Congress established the nation’s first minimum wage in 1938 as part of the Fair Labor Standards Act of 1938. Along with this, many ripples spread through labor rights that still affect human resources today. Do you understand this impact and how it might touch your role?

This article aims to explain what the FLSA is, as well as its history. By reading this article, you should have a comprehensive understanding of the ins and outs of this controversial law. As such, read on and ensure you know what you have to supply your workers.

For many years, the Supreme Court in America had struck down many labor standards laws. These included Hammer v. Dagenhart (1918) which created a federal child labor law and Adkins v. Children's Hospital (1923) which tried to create minimum wages for women.

In the 1930s, though, because of many different programs intended to increase labor fairness, things were moving in a new direction. For example, Congress created codes in place to abolish child labor in the textile industry and create a 40-hour workweek.

After a large amount of legal wrangling, the FLSA came about in 1938. It enshrined several different rights for workers into law:

Many industries already had this limitation enshrined in law. This was especially true for physical laborers, such as railroad workers. It was a very popular request, and when the FLSA set this limit the law became well-received by workers.

Several industries received very strict time limits on an employee's time. They should only work up to eight hours per day, and forty hours per week. Any work over this should be overtime.

The FLSA demanded a minimum standard of hourly compensation in America. When it was first introduced, this was set at $0.25 per hour, although this increased to $0.30 within the first year and then further in later decades.

There have been exceptions to this over the years. For example, tipped minimum wage and other limitations exist in law. Although, the concepts of minimum wage and fair compensation remain a cornerstone of the FLSA for HR departments to consider.

When defining what "Overtime" was, the FLSA gave workers the right to demand that their payroll compensate them for the work. Overtime pay was set at "time-and-a-half" pay in specific industries. Overtime was also limited to a maximum of four hours, to prevent its abuse.

The FLSA instigated laws on jobs that were both unsafe and otherwise unfit for young people.

The law prohibited under-eighteens from performing specific dangerous jobs. Also, under-sixteens had limitations on working in industry roles or mining roles, but only during school hours.

These days, underage working is rarely used. Although, it has recently been making a comeback in some HR departments, such as in retail or food service jobs.

There were exceptions to the above standards. These include:

What Was the Purpose of This Law?

The law created a federal set of labor standards that should apply across the United States. It set the lowest level at which employers could engage with their employees. It also gave a baseline to the courts to compare employee treatment with.

In political terms, the purpose of this law was to be a cornerstone of the "New Deal" created by Franklin D. Roosevelt. In doing so, it boosted America's economy and supported its workers.

What Was the Impact of This Law?

In practice, the law gave raises to over seventy-thousand American workers. After years of pushing for workers' rights reform, many laborers were happy with the standards being set.

In the area of law, it was more nuanced. The Fair Labor Standards Act was only one of several laws that passed in several decades running up to that point. It was, though, the glue that bound them together.

Without the FLSA, Congress had attempted to pass many other labor laws, but many got struck down as being unconstitutional. The FLSA put in place many protections for such laws moving forward, allowing the supreme court to have a standard for worker rights in the future.

This is not to say that it did not have its challenges. For example, U.S. v. Darby (1941) pushed to suggest that Congress did not have the power to regulate workers' conditions.

By the time the case was over, the supreme court had all voted to uphold the law. It was not going anywhere and after several revisions over the years continues to affect offices to this day.

Why Was the Minimum Wage Created in the United States?

The Great Depression had a major impact on the world. In the early decades of the twentieth century, industrial production fell by almost fifty perfect. The national GDP also reduced by thirty percent and unemployment skyrocketed.

This continued to have effects for a long time.

You may be thinking, "Why did the government create a minimum wage?" Its original purpose was to stabilize the economy as America was pulling itself out of this depression in the twenties and thirties. As a secondary benefit, it also protected workers by giving them all a minimum standard of living.

Congress established the nation’s first minimum wage in 1938. This concept has remained enshrined in law ever since (although some wish for it to be higher). Also, it has remained a very popular law and standard to this day.

More About the Fair Labor Standards Act of 1938

Now you should comprehend the full extent of the Fair Labor Standards Act of 1938. If you still have questions, especially about how the standards have changed since then, you might need a helping hand.

Do not hesitate to get in contact if you need it spelled out for you, or you need a crash course in HR and payroll. Our people are ready, having already done the hard work of understanding these laws long in advance. So, book a consultation now and we can get started.

The war for talent is raging, and your business needs to stand out if you want to stock your organization with a talented team. Finding, attracting, and hiring talent is... END_OF_DOCUMENT_TOKEN_TO_BE_REPLACED
7 minute read

One of the biggest ongoing challenges for company leaders is keeping productivity high. This is especially true when you have no idea how employees perceive the company, if... END_OF_DOCUMENT_TOKEN_TO_BE_REPLACED
6 minute read

In the past several months, millions of people have been quitting their jobs over a lack of a satisfying employee experience. END_OF_DOCUMENT_TOKEN_TO_BE_REPLACED 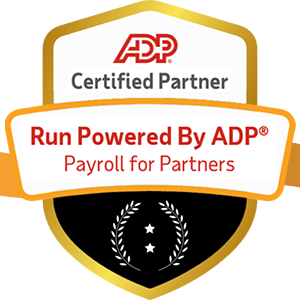